Our Board of Directors manage the business of Merri Health, providing a governing approach and expert advice.

There is a maximum of ten (10) Directors on the board of Merri Health.

The Directors may appoint a person to fill a Co-opted Director position.

On selecting suitable applicants for the position of Co-opted Director, the Directors must strive to ensure that the Board has:

(a) the essential and desired generalist skills, specialist skills, qualifications, experience and expertise set out in a skills matrix previously approved by the Directors in respect of:

The Board operates under Governance principles, which means that Merri Health has an effective controlled environment, in which business risks are properly identified and managed. This gives a clear operational framework through which the organisation will achieve its stated goals. 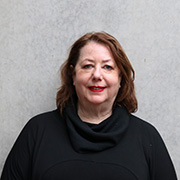 Julie is the Manager of Commercial Services at Dental Health Services Victoria. Her previous role was with the Australian Dental Association (ADA), Victoria Branch, as the Manager of Continuing Professional Development and Training and the Manager, Industry Partnerships.

Julie is also on the Tweddle Child and Family Services Board and the Urban Camp Board.

Prior to joining the ADA, Julie was the General Manager of Education at the Law Institute of Victoria and Secretary to the Accredited Specialisation Board. Before commencing at the Law Institute, she was National Manager Quality Assurance and Continuing Professional Development with The Royal Australian College of General Practitioners where she also project managed the implementation of the Mental Health item numbers; a three-year joint project with the psychiatrists and psychologists.

Julie has a background in Education and Public Health. Her work experience includes four years as a Lecturer in Education at University of Melbourne, policy and curriculum development with Victoria University and the development of education resources for the Royal Women’s Hospital. Julie also is a Director of a small business called Incompany, Women in Trades. 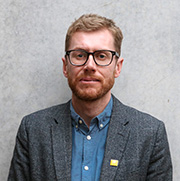 Benjamin Maxfield is the Government Relations adviser for Victoria’s $11 billion Metro Tunnel project;  Victoria’s biggest ever public transport project. Prior to joining the metro tunnel project Benjamin worked as a senior adviser in both the Gillard Government and then Shorten Opposition. Following his stint in federal politics he joined the Australian Council of Trade Union’s where he led their national health and safety campaigns.

Benjamin has a keen interest in defence and foreign policy. In recent times Benjamin has worked with Social Democratic Parties and organisations around the world to improve their electoral standing and human rights record. He is the founding director of the Australia Israel Labor Dialogue that seeks to promote and foster dialogue and fraternal links between the Australian and Israeli Labor Parties. 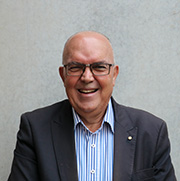 Joe lives and is active in Melbourne’s Northern Suburb and was elected Board member of Merri Health in October 2017.

Joe has been involved in advocacy for the rights of minorities throughout all of his adult life. During the 1970s and 80s he was involved in promoting the rights of migrant workers. From 2001 to 2011, Joe was a member of the Victorian Multicultural Commission. 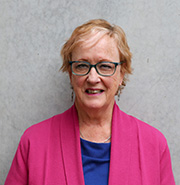 Ann is an active member of the community and has been a resident of Moreland for more than 40 years.

With an extensive background in public education, Ann has worked as a teacher, policy officer for the Education Department, and assistant principal and deputy president of the Australian Education Union, during which she fought for public services for working families.

A Trades Hall and Australian Council of Trade Unions Executive, Ann has worked with other public sector unions to campaign for all public services, including health.

Now retired, Ann hopes to continue to improve the lives of community members through her work at Merri Health. 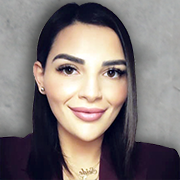 Seide has lived in Moreland for most of her life and has been actively involved within the Moreland community.

Coming from a business minded family, Seide has owned traditional businesses in Melbourne’s northern suburbs for the last nine years. Alongside her business, she fulfilled her dream to become a real estate agent and has been in the sector for the last three years.

With an extensive background in early childhood education and care, Seide also currently sits on the Victorian Multicultural Commission as a regional advisory for the north and west metropolitan region.

Seide is fluent in English and Arabic and through her work at Merri Health, has a vision to improve the lives of young people and the wider community. 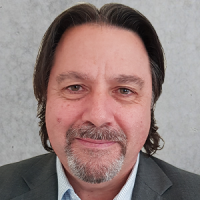 Sam is the Chief Financial Officer at the Royal Women’s Hospital and has over 20 years experience in a range of senior management and executive roles in the acute public health sector, having also worked in local government and telecommunications.

With a strong interest in public health, financial governance, and risk management, Sam is currently a committee member on Merri’s Finance and Audit Risk Management Committee and Recommissioning Committee. 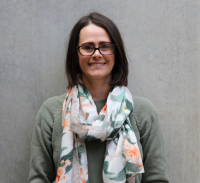 Roxanne is the Manager of HealthPathways Melbourne, a joint initiative funded by Eastern Melbourne and North West Melbourne Primary Health Network that aims to enhance General Practice capability and improve care coordination. Prior to this role, Roxanne was a Project Manager with the Victorian-Tasmanian PHN Alliance and was responsible for coordinating two statewide HealthPathways projects funded by the Victorian Department of Health and Human Services.

Roxanne comes from a clinical background, having enjoyed a decade long career as a physiotherapist before starting at the primary health networks in 2017. Roxanne has clinical experience in hospital and community health settings across Queensland, Victoria and the United Kingdom, and has also undertaken advocacy work as a former member of the Australian Physiotherapy Association.

Roxanne is passionate about system improvement and strives to engage with projects and organisations that promote equity and the consistent delivery of safe and high quality care for all patients, especially those most vulnerable. 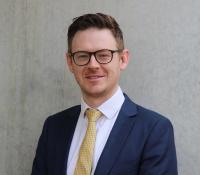 Michael de Bruyn currently works as a Government Relations consultant with over a decade of previous experience in the government sector including working as a Chief of Staff in the Victorian Government, as well as acting as a senior adviser to Victorian Premier Daniel Andrews.

Michael has lived in Melbourne’s northern suburbs for over 25 years and is now living in Coburg with his wife and two young children. Michael also volunteers in the role of Treasurer on the committee of his local kindergarten and childcare centre.

Michael was elected to the Board of Merri Health in October 2021. 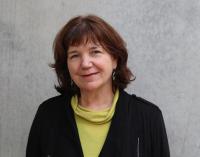 Anne Jungwirth is a keen advocate for high quality, accessible community-based health services.  She has worked in health education and health services for over 30 years including in policy development, primary care systems improvement and as CEO of a rural community health service.

She was Executive Officer of a Primary Care Partnership (ISEPICH) and Director of the Centre for Social Health.

She has Graduate Diplomas in Social Psychology and Librarianship, a Bachelor of Arts and Diploma of Education.

Anne is a local resident and joined the Merri Health Board in November 2021. She was a Board Director at DPV Health (formerly Dianella) for 9 years and is currently a Board member of Ralac, a community-based provider of affordable housing and aged care. 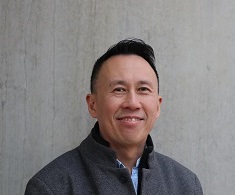 Kenneth Cheng is the Manager of Client Services at the Centre for Victorian Data Linkage, a specialist data integration infrastructure based in the Department of Health (Vic).

Prior to joining the Victorian Government in 2014, Kenneth had over 15 years commercial sector experience in a variety of business development and management roles in the information technology sector.

As a public servant, Kenneth has experience in a wide variety of health and human service areas.

Kenneth is a lawyer and holds a Bachelor of Science (Hons), Juris Doctor and Masters of Business Administration (Exec).

He is also a Board Member of Inner Melbourne Community Legal.